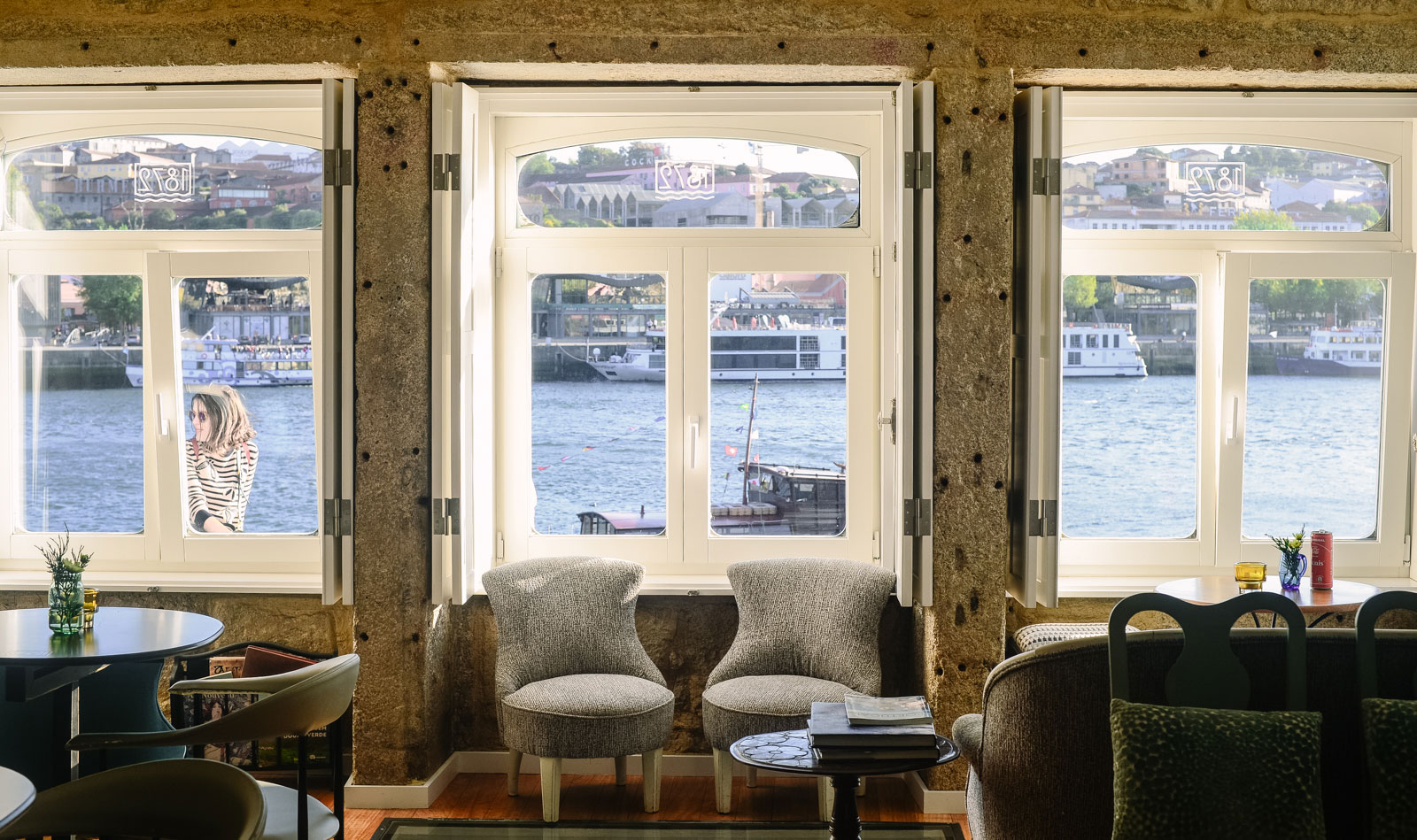 Carolina greeted us at the door with a bounce and a smile that is the embodiment of the 1872 River House. A converted mansion that is filled with light, joy, and life!

Portugal is a lovely sun-drenched country that has recently seen its international stature sky-rocket. Ever since Madonna purchased her house outside Lisbon; that city has been top-scroll news! Porto is Portugal’s second city. A smaller city that encourages strolls along the Douro river and to take time for oneself.

If you are looking for a charming hotel in Porto, the 1872 River House should be top of your list. Perfectly located in the geographical center of exploration and intimate and tucked away.

Any of the rooms will grant you easy access to all of Porto. Both banks of the waterfront, and the central area an easy walk. Breakfast was lovely and like everything, served with joy :)

If you are looking for a destination from Porto, consider a night at the Pedras Salgadas nature park. With their mesmerizing tree houses! 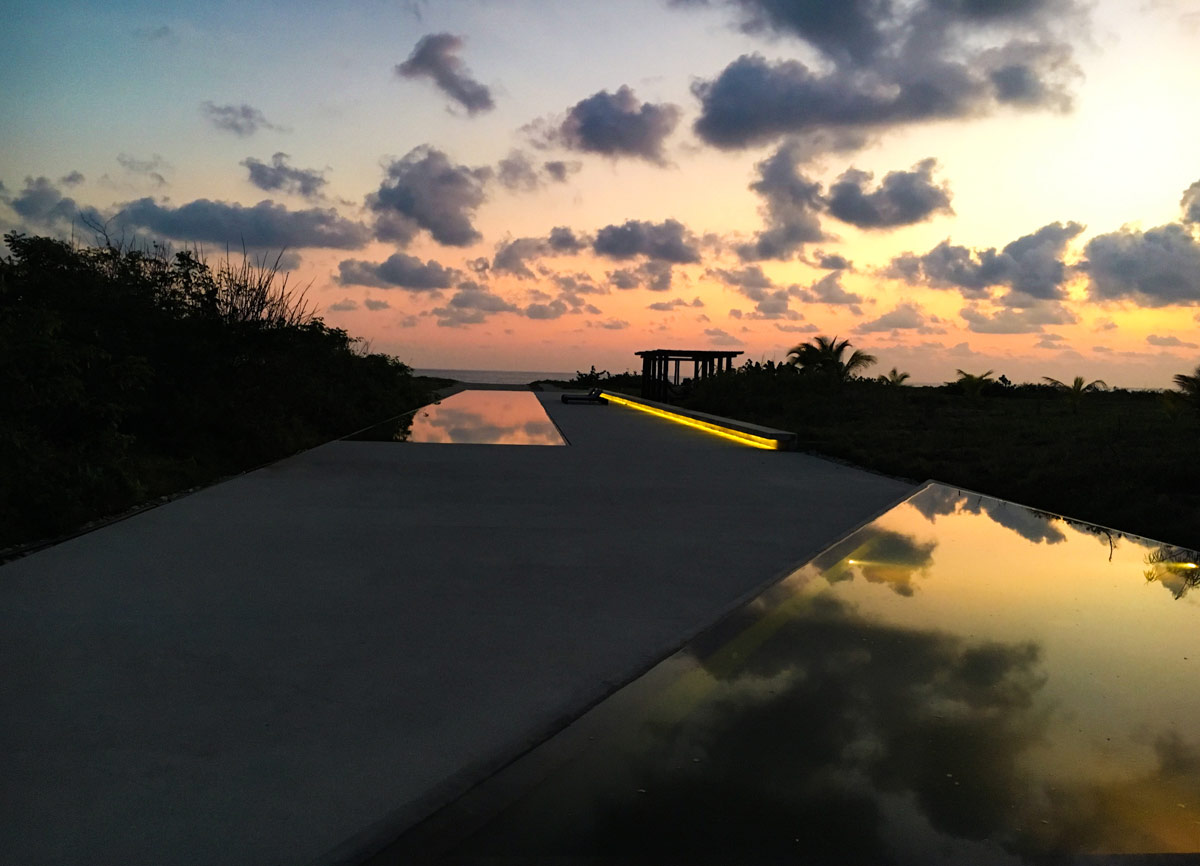 The Fundación Casa Wabi, in Puerto Escondido, is an exciting complex. It is a home for artists, sustainable farm and botanical garden – all housed in a stunning creation by the Japanese architect Tadao Ando. (Andō Tadao)

Take a stroll a few meters down the beach from the Hotel Escondido, and you encounter a complex that is both a massive concrete block and lighter than air. An oasis of creativity melting into the Mexican sun.

Cleaving the main palapa in two, we find a massive concrete wall
long x 3.6m high. Running parallel to the pacific coast it is dividing the property into two zones.

On the ocean-side -a grand reception and dining room find shade under a giant palapa. Elevated to have a perfect view of the elongated swimming pool streaming to the sea. The roof palms shimmering reflected in the water.

On the inland side, we find the core of the Fundación. Artists residences and studios on the southern half. Galleries and performance spaces on the north. Note the staff is very protective of this part; leading one to imagine the secrets it may hold! So if you wander – prepare for a confrontation. 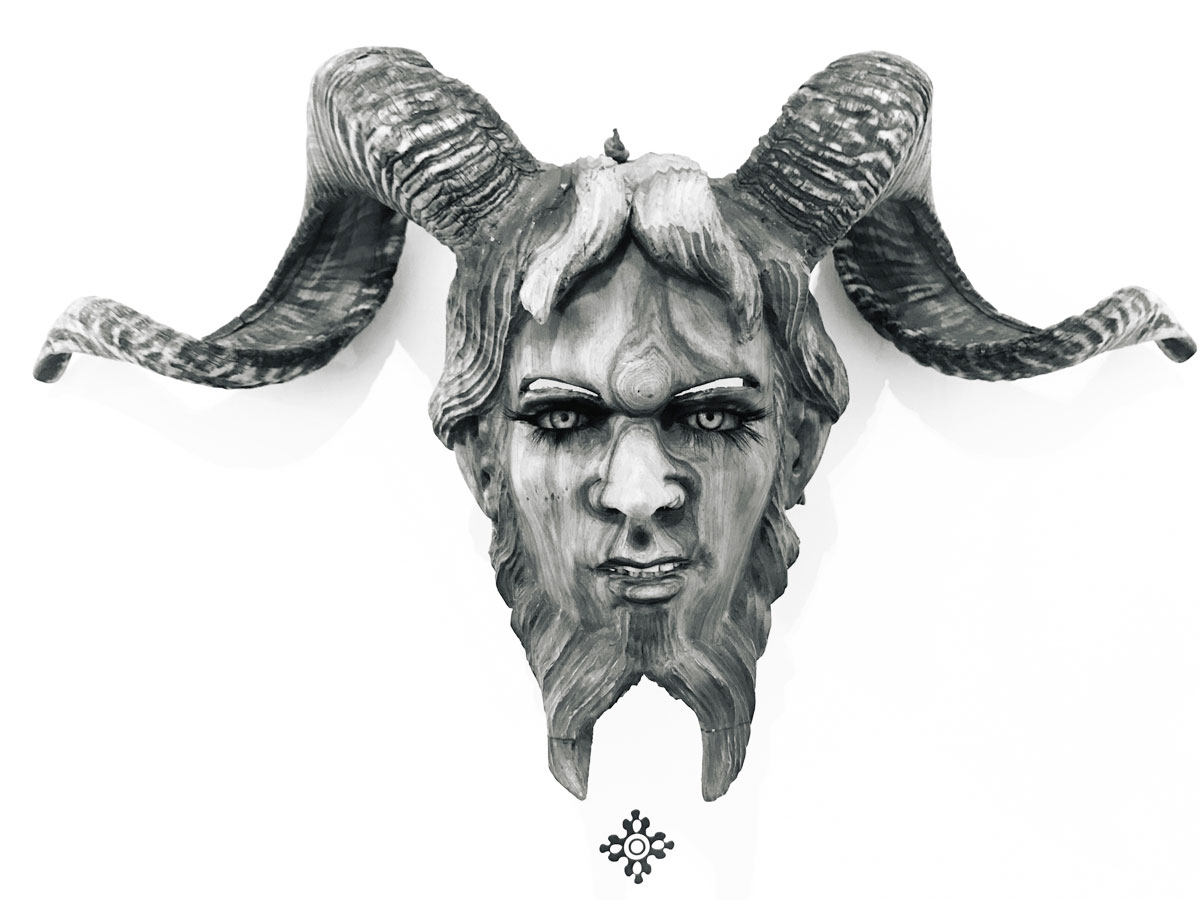 Exhibitions Space, Art gallery and home for the performance arts. Including films. the center, supports academic projects with cultural activities that aim to value multicultural heritage, especially to the local indigenous communities,

Centro Cultural San Pablo participates in the study, documentation, and preservation of knowledge and cultural manifestations that are being transformed or that are in the process of disappearing, creating an extensive library with recordings of indigenous music.

used to be a Ex Convento de San Pablo (a 16th-century Dominican monastery),1860’s following the reform Laws of hero president Benito Juárez, in which the special privileges of the clergy and the military were abolished

There is not an obvious sign to Identify the site, the access is via a cobblestone courtyard that goes from Av. de la Independencia to Miguel Hidalgo avenue, on this path, there is also a cute cafe

On Miguel Hidalgo avenue at the corner of this street is the Textile Museum and next door is Muss Café at Casa Antonieta hotel; top coffee we had in the city 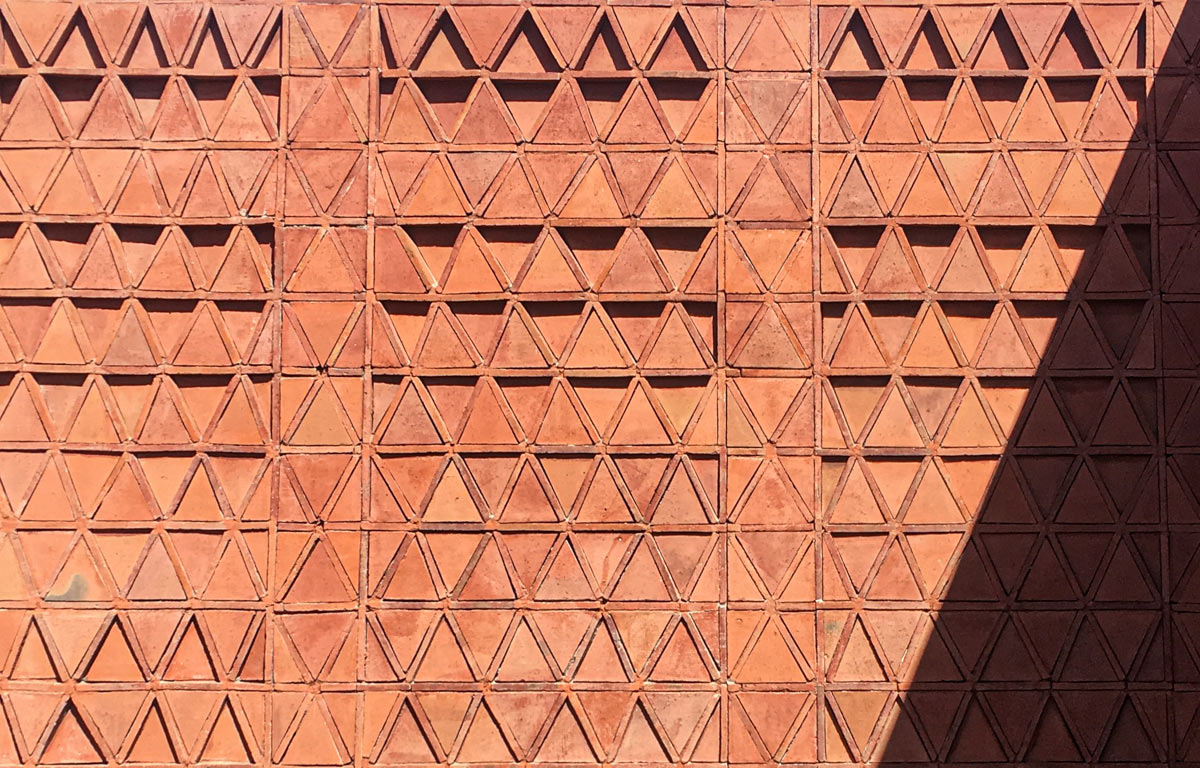 The Museo Textil de Oaxaca (MTO) is an hour well spent. The MTO delves into the creative processes traditional to Oaxaca. Laying out a broad spectrum of designs and techniques for the design & manufacture of textiles.

The Museo Textil de Oaxaca is also a philanthropic venture of the Alfredo Harp Helú Foundation. An organization worth investigating. They have over 40 projects that range from natural disaster recovery to sport, to environmental. The foundation follows a pro-active model. Its goal is to bridge the gap between the cultural wealth of Oaxaca and the social deprivation found there. 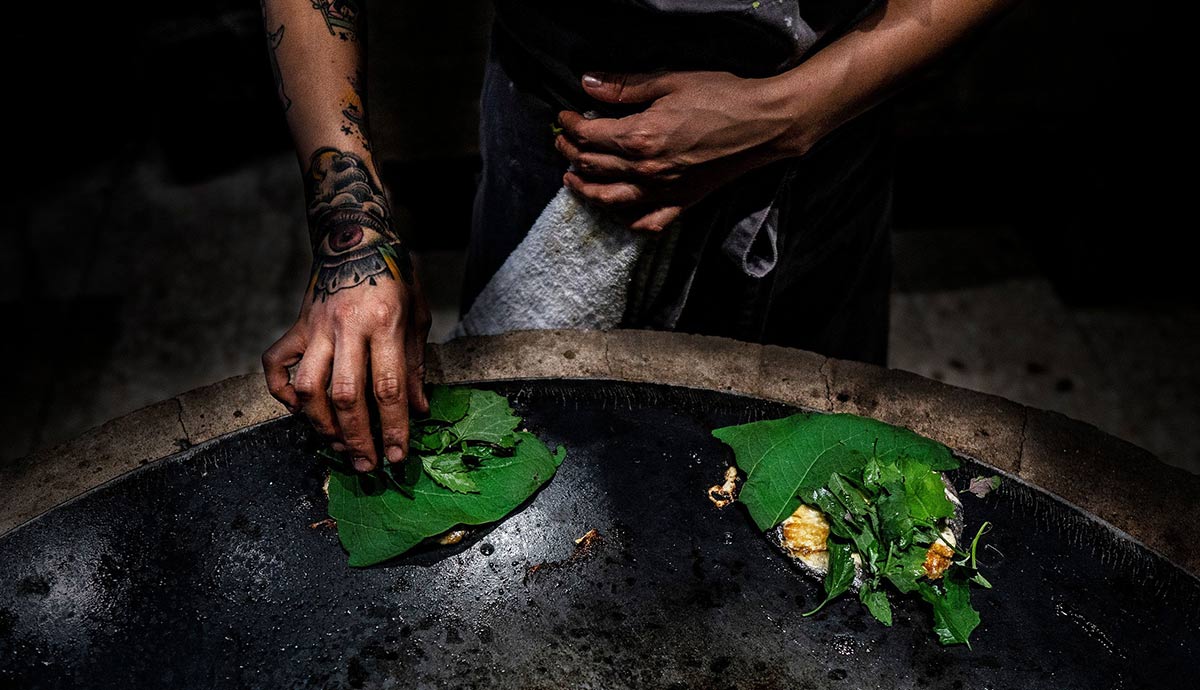 Your destination, the Expendio de Maiz Sin Nombre. Head to Mexico City, Roma Norte, next door to El Parnita. There, look for the deep black interior and the flames.

When you see a cross between the most primitive and the most exotic; when your attention is grabbed and you can’t look away … then you have found the Expendio de Maiz Sin Nombre.

At its most basic, the Expendio de Maiz is an informal taqueria. At its heart is a formal dedication to and celebration of corn. Three simple questions greet you … “How hungry are you?”, “Do you have any food allergies?”, “What do you like?”

The chef concocts a diverse parade of small preparations based on your answers. First up to prepare you palate are small tortillas made with heirloom nixtamalized corn and a little requeson cheese on top. With this you are invited to fully appreciate the flavour and essence of true corn. This is one of the reasons to travel, to realize that ‘I’ve never had corn before.” Quite a surprise in life!