Renovated in 2006,  the beautiful art deco Callas Café offers slow service, good coffee and absolutely amazing location- right next to the Opera House.  It is a bit touristic worth visiting when you are in the area for a quiet moment. With the diva’s name what other location could’ve have.

This outstanding edifice was ommissioned by the New York Insurance Company 1n 1894, the New York Palace was built according to the plans of Alajos Hauszmann, Flóris Korb and Kálmán Giergl.  It was recently renovated  in 2006 and is part of the Boscolo New York Palace Hotel.

The first thing you notice when entering is a large  self standing sign, next to the  hostess podium, stating “NO PHOTOGRAPHS.’  Why!  Everything afterword, other then the decor, consists of a plane, overpriced menu,  a stylized pop and jazz soundtrack, and  poor service.

The room itself is lavish rococo which when renovated, consisted of guilding  everything.  Except the too modern chairs and tables- which fail to blend into the style in which it was renovated.

Unfortunately, no atmosphere remains of the old days  the stories about

It’s worth going to see the building and have a coffee to kill the curiosity.  If nothing else, the wall sconces outside the door are worth the trip! (photos below). 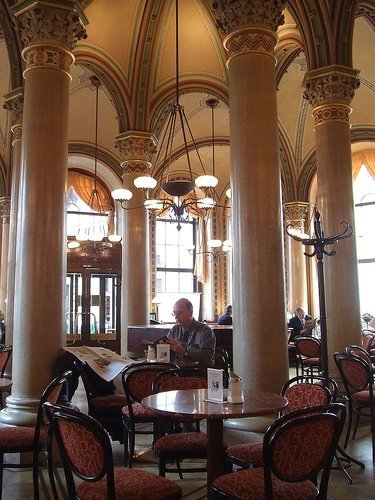 The Café Central was designed by architect Heinrich von Ferstel as a bank.  It was converted in to a coffeehouse in 1860 and today finds itself one of the most famous  of Vienna’s cafés.

Die Schachhochschule closed its doors at the end of WWII and reopened them after a great renovation in 1975 as the Café Central.  Many now categorize it as a tourist trap, but it is worth the visit  for it’s architecture and the remarkably conceived pumpkin soup! Two blocks from the Four Seasons Hotel and  on the edge of the Vörösmarty Square one finds the medium sized Café Dorottya.  Complete with modest decoration, FREE WIFI and the best service in Budapest, Vathy Tamas, son the proprietor, makes you feel at home while he  shares information on local activities and Hungarian wine! mmmm.

Don’t forget to try one of the lovely desert wines, such as the “Chateau Megyer Tkaji Aszu”  The menu has a good selection of vegetarian dishes and delicious deserts.  Part of the cheese selection is imported by the Café directly from Italy

Their coffee selection is one of the better that we have found in Budapest.

On weekend evenings, the Café Dorottya turns into a bar,  bringing together a mixed crowd of locals and tourists. 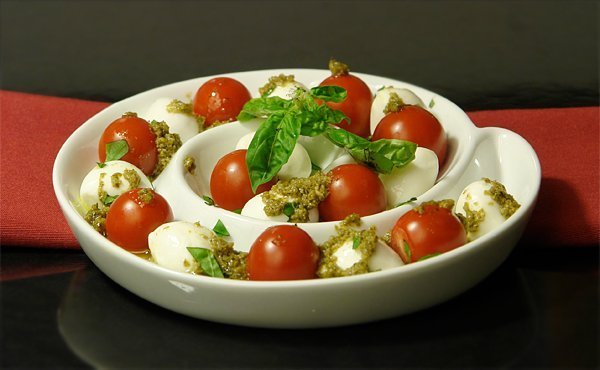 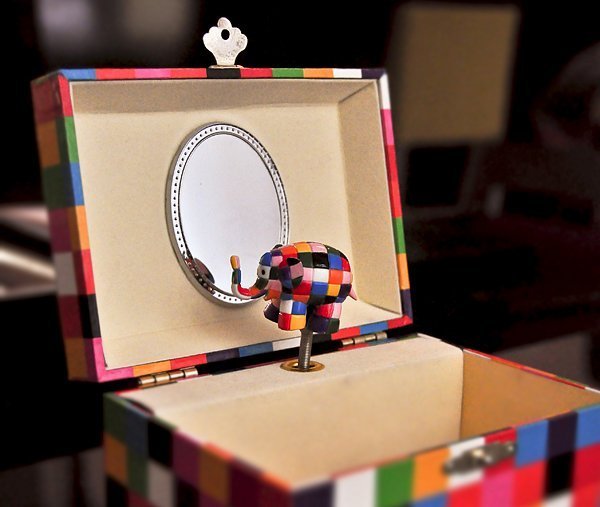 Girasoles offers complete lunch specials, but you have to arrive early as they run out of  food starting about 1:30 PM.

It is also a good place to buy groceries, including free range eggs, whole wheat bread and the must delicious sesame seed horchata! If you bring an empty bottle,  they will fill it with the horchata, with or without sugar, and the same goes for the daily juice. 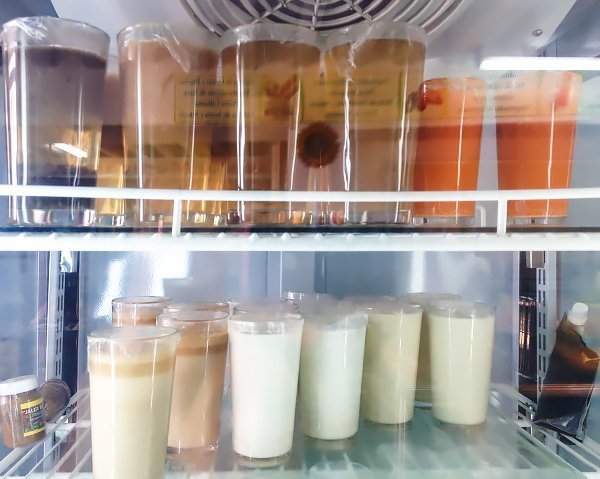 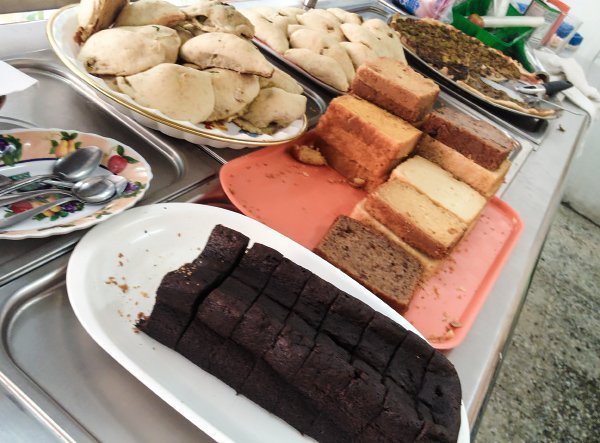