Gate of the Sultan

Fourteen tonnes of gold leaf building in the ceilings and the largest collection of Bohemian and Baccarat crystal chandeliers – including world’s largest Bohemian crystal chandelier in the Ceremonial Hall (Muayede Salonu); a gift from Queen Victoria, this chandelier holds 750 lamps originally powered with city gas converted to electricity in 1912 and weighs 4.5 tonnes – Dolmabahçe Sarayi (meaning filled garden) was ordered by Sultan Abdülmecid (1839-61) to compete with the grandness of European capitals.

The palace was built between the 1843-1856 by Garabet Amira Balyan and his son Nigoğayos Balyan; the Balyan family was a dynasty of Ottoman imperial architect; of Armenian ethnicity, the Balyans are responsible for the architectural westernization of Constantinople.

Dolmabahçe is the largest palace (45,000 m²) in Turkey, and the first one built in a western style.  Its designed in the Baroque, Rococo and Neoclassical styles, integrating Ottoman elements.

Charles Séchan (1803-1874) who, under Charles Garner also decorated the Paris Opera, was responsible for the interiors of the palace.  He proceeded to integrate European furniture, Petre Dure and Sèvres porcelain, similar to that which was in French palaces and villas.  All of this was quite unusual for Ottoman architecture and showed the European lean of the Sultan.

Gate of the Treasury

Among its many treasures are  the Hereke carpets collection. These heirlooms are very large and are made in Anatolia with wool, camel hair and silk on cotton, as well as silk on silk.  The knots are very small in size, permitting  highly detailed patterns.
The famous crystal baluster staircase has the shape of a double horseshoe and is built of Baccarat crystal, brass and mahogany.

Staircase of Sultanate or Christal Staircase

After the abolition of the Caliphate in 1924 and the creation of the new republic, Mustafa Kemal Ataturk used the palace as a residence until his death on November 10th 1938 at 9:05am. all the clocks in the palace are currently stopped at this time.

Guided tours run every 15 minutes.  Be prepared, they will rush you and no chastise you if you start to wander around ! 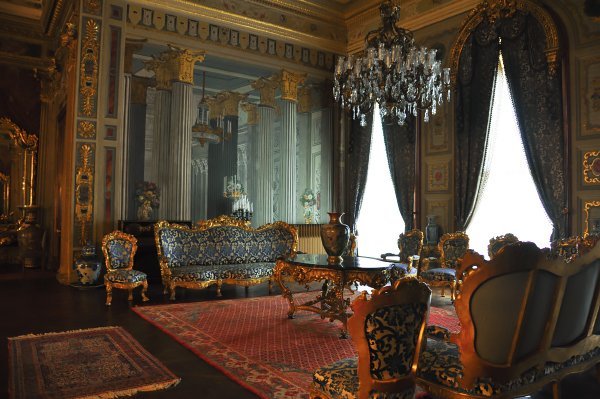 side of Sufera (Ambassadors) Hall

It was in the Ceremonial Hall (Muayede Salonu) that, Mustafa Kemal Ataturk made his first speech to the people of Istanbul as the president of the Republic.  When Ataturk died, his body was placed in this hall in a casket for the public to visit to express their condolences. 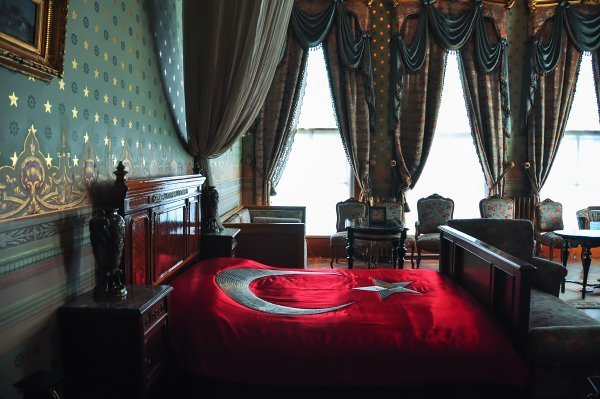 During the Ottoman period this room was the Sultan’s winter bedroom; now it contains Atatürk’s deathbed. Located in the former Harem section of the palace,  a silk covering  with the Turkish flag embroidered in gold and silver and bequeathed to the palace by Olgunlastirma Institute commemorates the venerable leader. 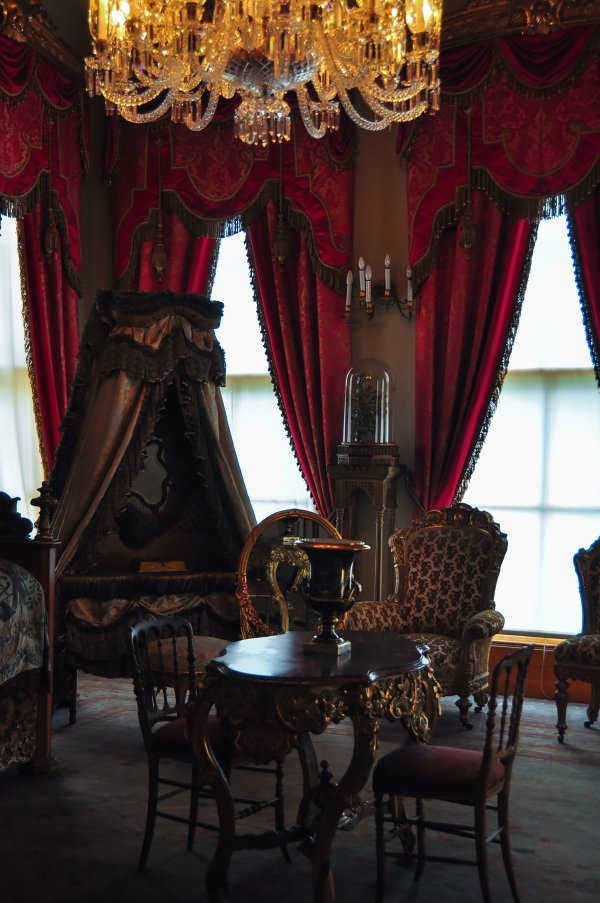 Sultan’s Hamam; the walls are made of Egyptian Alabaster marble and  the floor is covered with Marmara marble 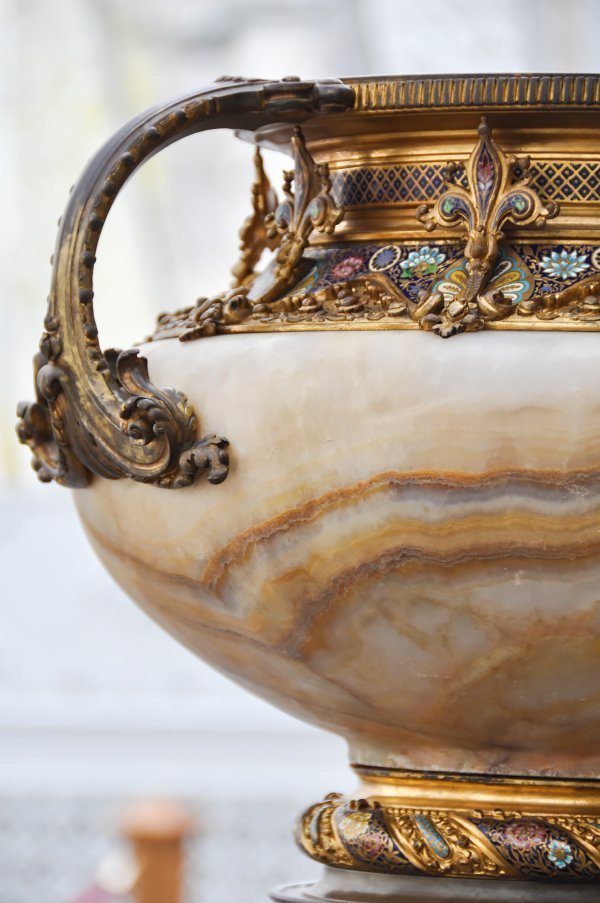 Central part of the front facade which faces the Bosphorus

Gate to the Bosphorus